Verizon Android Spyware Update: claims will not Install Verizon AppFlash on All Devices

Electronic Frontier Foundation (EFF) on end of last week, the published a report that Verizon have plan to install highly-invasive spyware on its subscribers’ Android smartphones. But now regarding Verizon Android spyware update, Verizon has insisted that their “AppFlash” software is only a test run and has only been installed on one type of Android device not for all devices. 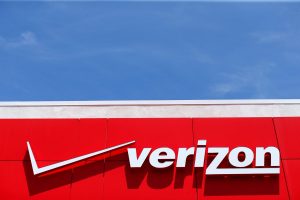 The original report previosly identified AppFlash software is as a piece of spyware that tracks what apps a subscriber installs. It reportedly would allow the telecom company giant to “sell ads to you across the Internet based on things like which bank you use and whether you’ve downloaded a fertility app”.

Following to the report, Verizon has gone into damage control mode. We wrote about the company’s official statements about privacy yesterday. The Verizon insists that is sticking to its current opt-in program of allowing customers to choose if they want their data to be sold. It’s response to the EFF report clarifies that the AppFlash application is only being tested on the LG K20 V

Here’s the full statement from Verizon

As we said earlier this week, we are testing AppFlash to make app discovery better for consumers. The test is on a single phone – LG K20 V – and you have to opt-in to use the app. Or, you can easily disable the app. Nobody is required to use it. Verizon is committed to your privacy. Visit www.verizon.com/about/privacy to view our Privacy Policy.

Previously when the EFF dug into AppFlash’s privacy policy, they found that the spyware collects a user’s such as mobile number, device identifiers. AppFlash spyware also will collect device type and operating system, and information services you use and your interactions with them. It also collects a user’s location data and contact information. Even sharing of that data would not be limit to Verizon itself but is also fair game for Verizon subsidiaries.

The EFF has since withdrawn its post while its staff looks deeper into the matter. That does not mean that the substance of the post is being retracted, need double check that Verizon is being fully transparent. Verizon customers using the LG K20 V might want to double-check that they haven’t inadvertently opted-in to this program. As Verizon said, you can easily to disable Verizon App Flash application. Ok, this update for Verizon Android spyware for now. Thanks.