Just now the House of Representatives in a party-line 215 to 205 vote has approved legislation to allow ISPs selling data information about their customers’ web browsing histories to advertisers and other third parties. The new legislation has already been passed by the Republican-controlled Senate. So it is now headed to President Donald Trump’s desk for his signature to sign to allow ISP sell data. 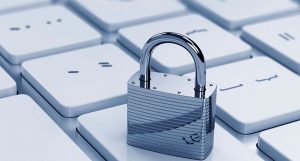 The new rules would have required ISPs to get explicit opt-in consent from customers before selling their sensitive data, including web browsing history and app usage data. The rules hadn’t gone into effect yet. Federal Communications Commission chairman Ajit Pai stopped the first provision, which would have required ISPs to keep customer data secure from going into effect earlier this month.

Kate Tummarello from the Electronic Frontier Foundation said “We are one vote away from a world where your ISP can track your every move online and sell that information to the highest bidder” as quoted from Vox. EFF is a group that advocates for online privacy rights, ahead of today’s vote.

The bill overturns regulations the FCC passed in the waning months of the Obama administration. Those regulations, explained in detail by Ars Technica, required ISPs to get approval from their customers before they could sell information about what websites they visit to third parties.

The lead sponsor of the Senate legislation, Jeff Flake explain it as “the first step toward restoring a consumer-friendly approach to internet privacy regulation that empowers consumers to make informed choices on if and how their data can be shared.” But the legislation doesn’t so much increase consumer choice as change the default, allowing ISPs to sell your data unless you specifically ask them not to.

Read:  A Comprehensive Guide to Recovering from an AT&T Internet Outage

Normally ISP make money by directly charging their customers for connectivity. But in recent years, ISPs like AT&T have been looking for ways to use their unique access to information about their customers’ online activities to generate additional revenues.

AT&T has led the way here. Starting in 2013, AT&T charged fiber Internet customers at least $29 extra each month unless they opted in to a system that scanned customers’ Internet traffic in order to deliver personalized ads. AT&T killed this ‘Internet Preferences’ program shortly before the FCC finalized its privacy rules

Internet providers argue that this is little different from the business models like internet giants like Google and Facebook. These companies develop profiles of their customers and then use this information to help advertisers show ads that are most likely to be relevant to each customer’s interests.

Privacy advocates see this new rule to allow sell data as a violation of customer trust. In their view, ISPs’ greater access to their customers browsing history comes with a correspondingly higher responsibility to keep that information private. They say it’s wrong for an ISP selling data, to collect or share this information without a customer’s explicit permission.