Starting yesterday, AT&T is seeding a new LG V20 software update for the that installs the latest Android security patch for April. The update is currently available over-the-air.

Not sure if anything else was included. No info about it on AT&T’s website. You just install the latest security patch. Some LG V20 user reported that update popped up on the screen for 2 seconds then disappeared, went to Software Update in settings and it says continue update. Then when tap it and nothing happens during use connection both WiFi and mobile data. 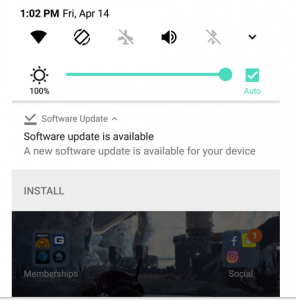 Before installing the update, please make sure the smartphone has more than 50 percent charge. Make sure your phone connected to a strong WiFi or cellular connection. Some reddit user confirmed finished updating and he don’t notice any difference and only patch for April security update.