How to Avoid Roaming Costs

How to avoid roaming costs. If you’ve read scare stories of massive mobile data roaming charges, where naïve users have racked up thousands of pounds on their mobile bills just by browsing the Internet or downloading a few files or email attachments, then you might be worried about taking your Android smartphone abroad with you.

Recent reports suggest that the average smartphone user gets through nearly 500MB of data a month. With data roaming charges of £7.50/ MB outside Europe you can see how the bills can rapidly add up… Indeed nearly 40 percent of us turn off our phones when we go abroad, and a further 36 percent switching off data roaming. Data roaming prices have dropped 95 percent since 2010. 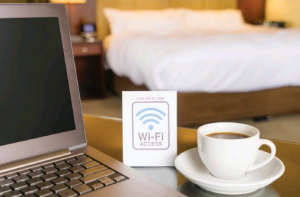 1. Use Wi-Fi
This one’s the first tip for a good reason. Where possible only browse or download when using your Android phone’s Wi-Fi connection. Users are not billed for data downloaded over Wi-Fi. The only charge might be if a particular Wi-Fi hotspot charges for access, and you should be informed of that before you can start using the connection. So, speed up to find the wifi connection or may be free wifi access.

2. Mind your email
It’s okay to check your email, as attachments aren’t downloaded until you tell the phone to do so by selecting that attachment. That said, the text in the email is downloaded, so long lists of messages may start to cost more than you’d expect. If you can, think about the previous tip again, and check email when you’re connected to Wi-Fi whenever possible.

3. Check your settings
You can disable data roaming at Settings > Mobile Networks. To restrict data usage, go to Settings > Data usage, and tap on the three dots on the topright of the screen, then select ‘Restrict background data’. Apps that you aren’t currently using will not be allowed to use any data.

You also don’t want your apps to automatically update while you’re using mobile data abroad. They should update only when you’re connected to a Wi-Fi network, but go to the Play Store app to ensure that the Auto-update apps setting is set to Wi-Fi only.

4. Get a data bundle
You may be able to sign up to a flat-rate or capped data package, where you pay a fixed amount each month for using the mobile Internet. Contact your network operator to find out what they offer. These can be hard to get your head around. Make sure to check they work for your travel destination.

5. Go to mobile-friendly websites only
An increasing number of websites now have specific sites where their pages are specially optimized for
mobile phone, thus making them lighter on the megabytes. Our sister website TechAdvisor.co.uk adapts to fit whichever device you’re using. Others that include their own mobile site are BBC News Mobile and The Guardian Mobile.

There’s also Google AMP articles, which appear near the top of search results. These load instantly and use less data.
Most mobile websites have a very similar address to the desktop (or ‘fat’) site. Try replacing the ‘www’ with ‘m’ or ‘mobile’; or replace the ‘.co.uk’ or ‘.com’ with ‘.mobi’, as with Microsoft’s mobile site.

6. Switch SIM card
Another way to avoid high roaming charges is to switch your SIM cards. UK company Dataroam (dataroam.co.uk) has a range of pay-as-you-go and 30-day plans that it claims could save users “up to 90 percent” on international roaming charges, with prepaid data SIMs starting at £19.99.

Read:  How Netflix Uses Data Size to Predict Where Youll Want To Watch a Movie

But first the smartphone needs to be ‘unlocked’ from its home network. (Most UK phone networks lock their handsets to prevent consumers using alternative SIMs, and so force people to pay their high rates.)

You can ask your network carrier to unlock your phone, but
this isn’t always an easy request, as you might have guessed. Alternatively there are plenty of small local independent mobile phone stores and online unlocking specialists who can unlock your handset for you.
Unlocking your smartphone shouldn’t cause any problems either in the UK or abroad.

7. Set up a MiFi
If a phone can’t be unlocked you could create your own personal (secure and fast) Wi-Fi hotspot with a MiFi device, which will allow you to run up to five WiFi-enabled devices from that point – ideal for group or family trips abroad. A Mifi is a wireless modem that emits a Wi-Fi signal that devices can connect to, ensuring access to the web for more than one person.

Dataroam sells a Mifi (£59 from tinyurl.com/ yc6q3u4e) that uses one of the company’s data SIMs that work out much cheaper than standard network rates abroad. Set up the Mifi as a wireless hotspot, tell your friends/family the password, and you’re up and running.

8. Compress data
There’s an app for that, right? Correct. The Onavo Extend app free from tinyurl.com/y8bacf7x) promises to give you the ability to do up to five times more with your current data plan without additional fees.
The app also provides a breakdown of your mobile data usage, showing you how much data is being consumed by each app and so allowing you to make better informed data usage choices. Onavo Extend
compresses your data so that you can do more with your mobile device. It also reduces roaming charges by providing a leaner version of the web.

9. Download maps offline
When you’re away from home you actually need data more than you do normally, so the high data charges are doubly frustrating. Step off the plane/train/ automobile and the first thing we want/need to do is fire up maps and GPS on our smartphones. The trick is to download city or area maps before you leave home or do so when you get to your hotel Wi-Fi. You can now do this via a secret feature in the latest Google Maps app (make sure it’s the most up to date).